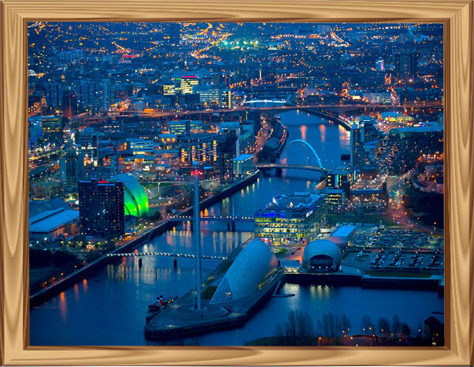 Merchant City Restaurants & bars tend to be situated closely to one another. You will find our delicious Indian restaurant in Glasgow on Candleriggs. Before we talk about restaurants in Glasgow, please let us tell you a little about our fair city.

Glasgow, one of Europe's most vibrant, dynamic and stylish cities, has been named the number one UK destination "on the rise" by the world's largest travel site, TripAdvisor and they've also named the city as the third best destination in the UK in 2014, in the 2013 Travellers Choice Destinations Awards. Also the largest city in Scotland, Glasgow is renowned for its stunning Victorian architecture, vibrant nightlife and thriving arts scene. Glasgow is going through a fast paced regeneration and evolution. Its Victorian legacy is now swamped with trendy bars, world-class eateries to tickle your taste buds, and a hedonistic club culture that will bring out your nocturnal side.

Best of all, though, is Glasgow's live-music scene which is one of the best in Britain, and accessible through countless venues dedicated to local, homegrown tunes. The transformation of the city is most evident along the revitalised River Clyde, where visitors can explore Glasgow's maritime heritage along riverfront walkways. No cultural journey is complete without a visit to the Kelvingrove Art Gallery & Museum - which, in typical Glaswegian fashion, strips the city of any false pretences and tells it like it is - both the inspiring and the infuriating aspects of life here for the normal Glaswegian over the years.

Glasgow is the city of famous Restaurants & it has lively ambience with a vibrant and fabulous décor, an exciting for the food lovers. Koolba is the one of the best glasgow restaurant because of its food culture & Custom which gives the perfect dining experience with your friends, family, office colleagues or with your be loved one. If you are searching for best Indian food , Persian food or curry restaurant Glasgow then like many others your search will end here at Koolba. They are one of the best in the city of Glasgow. We are the winner of the annual Curry Capital of Britain awards back in 2015 and been in the nomination 3 years in row. Glasgow restaurant offers you a perfect and memorable dining destination in the heart of Glasgow. If you are looking for best restaurant in Glasgow, Koolba is serving the Traditional and authenticate food.

Visiting a decent Glasgow restaurant in a famous path or lane for some people to appreciate as a feature of a night out. Great food, fine wine and top quality assistance would all be able to consolidate in an ideal manner to deliver an exceptional encounter that you will recollect for quite a while to come. KOOLBA is the famous Indian Restaurant Glasgow. This is Scotland’s only glorify Indian restaurant serving 100% top & quality food.

Over the years Glasgow has also gained a reputation for the number of highly acclaimed restaurants. But with so many merchant city restaurants in Glasgow how do you decide where to go? Whether it be for a flying business trip or a jaunt during a relaxing city break there are restaurants to suit any preference and taste.

Glasgow's restaurant scene is reasonably dynamic, with new places replacing old (and sometimes not very old) every year. Most places to eat are concentrated in the commercial hub and Merchant City district of the city centre, as well as in the trendy West End. Modern Scottish cuisine, combining excellent fresh local ingredients with Mediterranean-style cooking techniques, is on the menus of the city's best restaurants. And Glaswegians have a particular fondness for Indian and Chinese food, too. Indeed the city has been named 'Curry Lover of the Year' at the Scottish Curry Awards' and it has won the 'Curry Capital of Britain' award no less than four times.

Furthermore, as the legend goes it was Glasgow that created the recipe for Tikka Masala; one of the most popular Indian dishes the world over!

When it comes to choosing your best Indian restaurants in Glasgow we prefer to let our fantastic (and genuine) TripAdvisor reviews do the talking. Please take some time to have a look at them for an independent reviewers guide to what we are about. We like to think there are many things that make us unique but in particular our attention to quality and detail. We combine the best Indian together with best grill, beer from the world over (from Tasmania to Munich to Arran to Buenos Aires) and hand pick boutique wines to match our Indian cuisine (where matching is very, very hard, but we strove to make it possible) all in beautiful surroundings.

So, when you are thinking about Merchant City restaurants in Glasgow, we say think curry and come visit the best Indian restaurants Glasgow city centre has to offer - KoolBa! 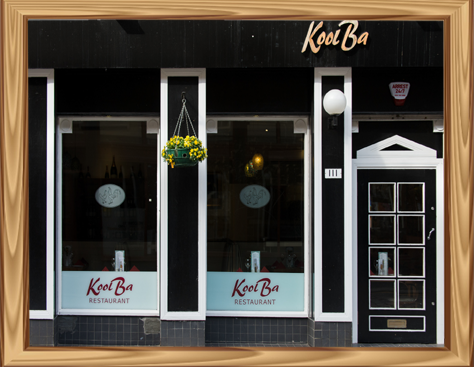